William Moorcroft and the Journey of the Kashmir Shawl to Europe 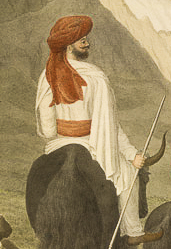 Believe it or not, the beauty and elegance of the Kashmir Shawl that has captured the fashion taste of the Western World almost didn’t happen on the grand scale that it did. Were it not for the tireless journeys and dogged determination of an English traveller back in the 1800s, we perhaps might not have had the splendour we have today.

That man was William Moorcroft. His journey started back in 1808 when he set off to Bengal as a veterinary surgeon and superintendent of the East India Company’s military stud. Moorcroft’s fascination with the Kashmir shawl was developed after he made his first trip across the Himalayas in 1812. It was on this arduous trek that Moorcroft had his Eureka moment and made it commitment to making Britain, the centre of European shawl-making, wearing and high fashion.

During the early parts of the nineteenth century the shawl industry in Kashmir was booming with exports going as far east as Russia and as far west as France and the UK. Moorcroft thought that most of this trade should be anchored by Britain which was still at the height of her empire. 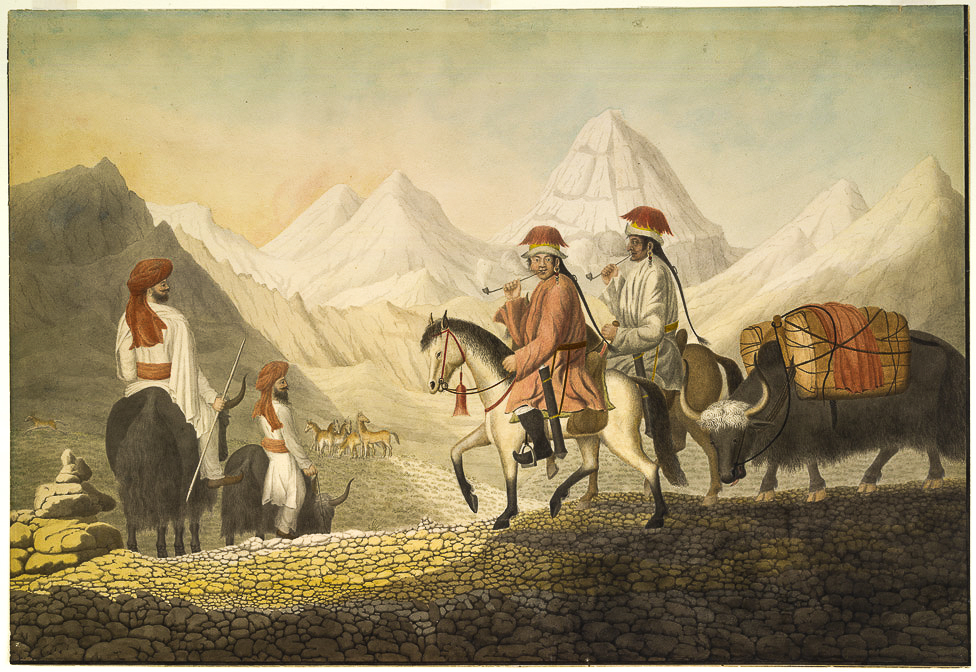 The best laid plans of course, don’t always start off well and Moorcroft felt the bitter sting of lady luck on his first attempt to bring shawls and shawl making to the West. His plans were a lot more ambitious than merely exporting to England the fine patterns and designs that adorned shawls of that time; Moorcroft wanted no less than to raise the Pashmina goat in an English field.

Moorcroft herded hundreds of goats on ships but unlike Noah, he didn’t care too much for bringing them together in pairs. Instead he herded the males on one ship and females on the other, a move that proved disastrous as the ship carrying all the females never made it to its British port.

One of the thirty-drawings that Moorcroft got copied from finished shawls that were commissioned by buyer from Russia, Persian and India. Gooleeanar – Moorcroft (painted by a Kashmiri Naqash on paper in brilliant colored gouache) – Circa 1823

It wasn’t just Moorcroft that was struggling to ‘raise’ Pashmina; the French tried unsuccessfully and all 300 of the goats brought to France died when they failed to acclimatise. Despite these early setbacks however, Moorcroft persevered and convinced English financiers and officials to fund his explorations for another 6 years.

Those years were spent travelling as far east as Bokhara (present-day Uzbekistan) but the trail and ambition of this man driven by King and country always came back to Kashmir. Moorcroft settled in the Kashmir valley for a whole 10 months observing the sights, sounds and tapestry of the hub of shawl making. There he observed a thriving industry which at given time was employing no fewer than 120,000. Given that we are talking the year 1822 here, that figure is astonishing and reveals the breadth and depth of the demand for Kashmir shawls during this period. 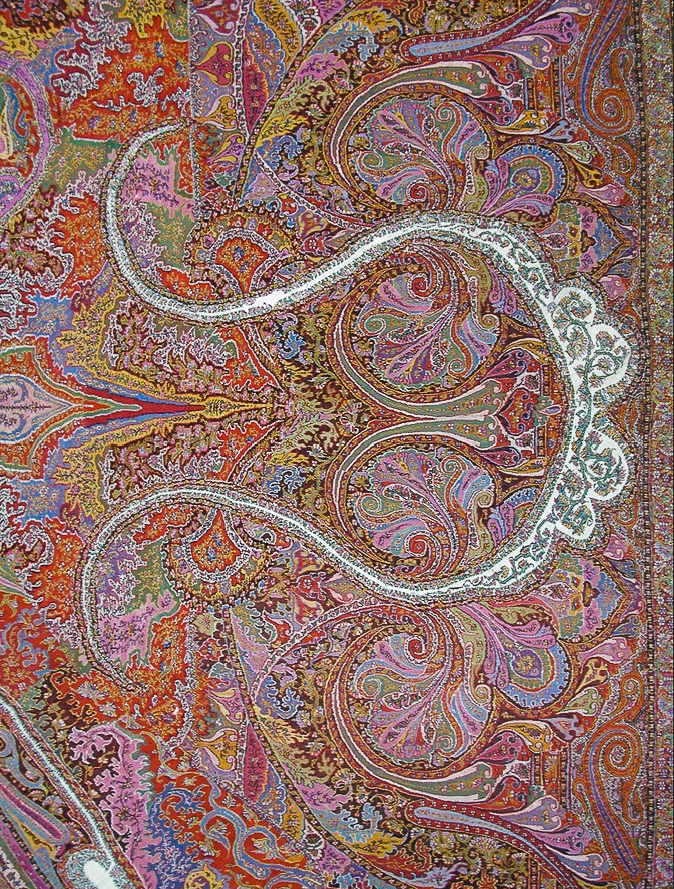 Moorcroft got stuck in in typical British fashion and went as far as sending native Kashmir shawl makers to Norwich and Paisley. These efforts were instrumental in helping Britain compete with the dominant Jacquard loom which gained prominence in France for the better part of the 1830s. Shawl making both in the Kashmir Valley continued to thrive well into the 20th century and thanks to dedicated artisans these timeless pieces of art can still be enjoyed much like they did in those pioneering days of Moorcroft. Although Moorcroft passed in 1825, his legacy will forever be the bringing together of Kashmiri art and design with European fashion.

Next post: Kashmir Paisley Shawls: Defining Love for Over 300 Years

Previous post: How to Say ‘I Love You’ with a Kashmiri Shawl